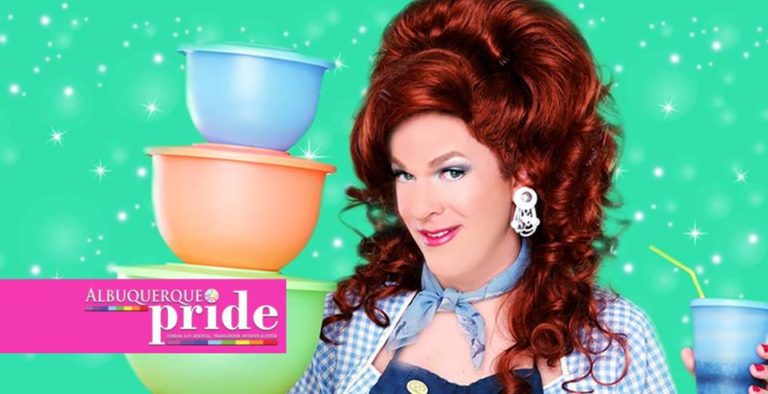 Hey hookers, I’m Dixie Longate, America’s favorite Tupperware lady. I come from Mobile, Alabama, but I moved my trailer with my kids to Los Angeles as part of the conditions of my parole. I started selling the fantastic Plastic crap in 2001 and I have never had so much fun drinking for free in my life. Within a year, I was one of the top sellers in the nation because, well, me and some plastic bowls, and a bunch of drunk women somehow equals lots of sales.

I have 3 kids; Wynona, Dwayne, and Absorbine, Jr. and 3 ex-husbands. All of ’em have somehow died, but I ain’t crying about it. I’m way too busy traveling all over the place bringing creative food storage solutions to your town.

My Tupperware party caught the eye of some New York Theatre producers and in 2007, I had a big opening in my own show, “Dixie’s Tupperware Party” off-Broadway and got a Drama Desk Award nomination for Outstanding Solo Performance. I know, shut up, right!

Now over 7 and a half years and 1000 performances later, I’ve shown my bowls in 5 countries since the tour started in 2008 but I haven’t stopped there. I’ve also written and performed three other solo stand-up shows – ‘Broken Shit and Baby Jesus’, ‘No Instructions’, and ‘My Bags Went Where’. ‘Bags’ was featured as part of the 2013 Melbourne International Comedy Festival.

My most recent solo theatrical show, ‘Never Wear a Tube Top While Riding A Mechanical Bull and 16 Other Things I Learned While I was Drinking Last Thursday’ celebrated sold out houses at Denver Center for the Performing Arts in 2014 and is also now touring the world.