When Jim Obergefell fell in love with John Arthur in 1992 he didn’t expect their love to turn into a symbol for equality; Jim simply loved John. They solidified their love in 2013 by  getting married in Maryland shortly after John’s diagnosis of ALS. The marriage blossomed from a genuine place of love and unity but life can take unexpected, surreal turns. After John tragically passing away, Jim sought to rightfully be recognized as John’s husband on his Ohio death certificate. Their eleven day marriage then turned into one of the most iconic cases of equality in the U.S.

Obergefell v. Hodges ultimately made its way to the Supreme Court and on June 26, 2015, the court ruled that same-sex marriage is supported by United States Constitution.

GaySantaFe was lucky enough to speak with Jim Obergefell on his case that turned from a fight for equality for one marriage into a fight for universal marriage equality. We discussed his upcoming trip to Santa Fe on Aug. 8th for an Equality New Mexican event. We also discussed his book “Love Wins: the The Lovers and Lawyers Who Fought the Landmark Case for Marriage Equality,” which Jim describes as “a love story wrapped in a legal thriller.”

How does it feel to be a part of such a historic case?
I’m really humbled to have become apart of such an incredible movement for equality. John and I stood up for each other, we stood up for our marriage and we fought for that. It still amazes me that our decision to do that [get married| has had such an impact on the entire nation. It’s still doesn’t seem real to me. I have to pinch myself when I see that Obergefell is referring to me.

I feel honored have been a part of it and to have fight alongside more than thirty other plaintiffs at the Supreme Court.

It must be a surreal experience since your marriage came from a genuine, loving place. It wasn’t like a “let’s make a statement” but rather you did it for the two of you.
It was very genuine. It came from the need and the desire to make those promises and commitments public and legal. We had no plan to do anything else. Meeting our civil rights attorney Al Gerhardstein and launching this fight with the state of Ohio wasn’t ever a thought, dream or possibility, it just happened. I feel lucky for the series of events that happened after John died of ALS; the Winter decision, friends of ours running into a civil rights attorney and telling our story. It all fell into place out of the blue. It’s really a surreal experience.

What’s your hope or vision for the future of the LGBT Community?
Even with the push back we see on marriage equality I’m hopeful that we will see federal nondiscrimination protection and I know it may take some time but I’d like to see those protections in place at the state and local level. That’s our next big fight, in addition to continuing to speak out for our transgender siblings. They don’t have the luxury of living their lives without fearing for their lives and they deserve that.

I think in Santa Fe we are really lucky because we live in a community that for the most part is very accepting and open.  There isn’t a big separation from the LGBT Community and the community as a whole.
I think you are lucky in that. I think our goal is to be one people and it sounds like that is working in a lot of ways in Santa Fe.

So what are you looking forward to when you come to town?
I think I’ll only be there a few days because of my book tour but I’m hoping to be there at least four days. My hope is really just to meet more fair minded and equality minded people who want to speak up and fight for what is right. I want to help Equality New Mexico with their efforts.

Sounds like the fight is continuing on for you. You’re not just stopping with the just the ruling of your case.
I was never an activist but I’ve discovered that is what is important to me and what I need to be doing. I’m here for the fight for a long time. This is where I have to be. I can’t imagine doing anything else right now. 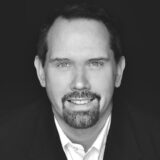 Mark Banham is a Real Estate Broker with Barker Realty. He specializes in connecting his clients with Santa Fe's open community. His passion for real estate, style and design, together with great business sense, connects people to properties that are right for them.

Heading to dinner in Scottsdale!

New to the house of Christmas, the 12 ft pencil tr