Making the Move to Our Sanctuary City 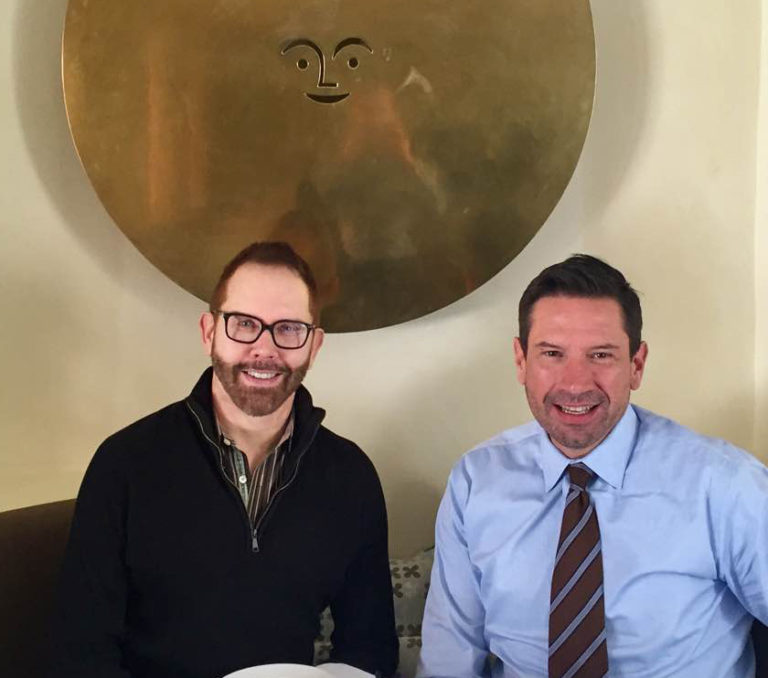 Last month GaySantaFe.com interviewed Santa Fe’s previous openly gay Mayor Javier Gonzales and discussed a number of issues that face the LGBTQ+ community. His movement towards making Santa Fe a well-known sanctuary city has been met with some resistance but Santa Fe as an open welcoming community is nothing new. Mark Banham is a product of our sanctuary city. He moved here in 1998 and since has become a respected face among the LGBTQ+ community and real estate world.

We sat down with Mark to discuss what it was like to be someone who left their hometown for the safer, more open community of Santa Fe.

We just interviewed former Mayor Gonzales about Santa Fe being a sanctuary city and you’re a product of cultural acceptance, moving from Tulsa, Oklahoma to Santa Fe. What was it initially that made you want to come to Santa Fe?
Well Santa Fe for me was not a place I knew about but once I was here, Santa Fe spoke to me, hugged me and I felt safe here. I never felt safe living in Tulsa, Oklahoma. I couldn’t be myself there with the discrimination and judgement. I didn’t feel protected in any way. Coming here was different. People are very accepting of who you are, what you are, or what you do. There is no judgment. That’s something that resonated with me because that is how it should be. I came from a  place that was so strict and conservative and how they treated other people didn’t make any sense to me. But I didn’t know any different until I came here.

When did you first move?
I first visited Santa Fe in Christmas of 1997 then I moved here eight months later.

That was before this increased open-mindedness or change in equality and you were still able to find Santa Fe as that safe place. Do you think it’s even better now?
Absolutely. Former Mayor Javier Gonzales made a big difference. He really focused on helping bring that equality to life. We knew that Santa Fe was a sanctuary city and a safe place but he’s the one that really brought it to the foreground and made us even more aware. In the past you could feel it but now people know it publicly.

What advice would you give someone that is feeling like you did in Oklahoma and may be looking at leaving for a sanctuary city like Santa Fe?
Don’t be on the fence. Make the move to a safe place. I do think people are starting to gravitate towards these cities. Even more so with the new Presidential administration. People are feeling less safe in their homeland. Many individuals never considered relocating but now are thinking about making that change, to live in an environment where they aren’t threatened.

Moving to Santa Fe is kind of beyond just the positive of the community and openness. It’s almost a safety issue. Maybe you aren’t just uncomfortable where you are, perhaps you’re unsafe as well. So it could be more a drastic choice than just a lifestyle choice.
Yes, a lot of my clients have come here because they didn’t feel safe where they were. You have to make the move and get here so you can enjoy the rest of your life.