Tale of the Big City to a Small One: Moving from Northern California to Santa Fe 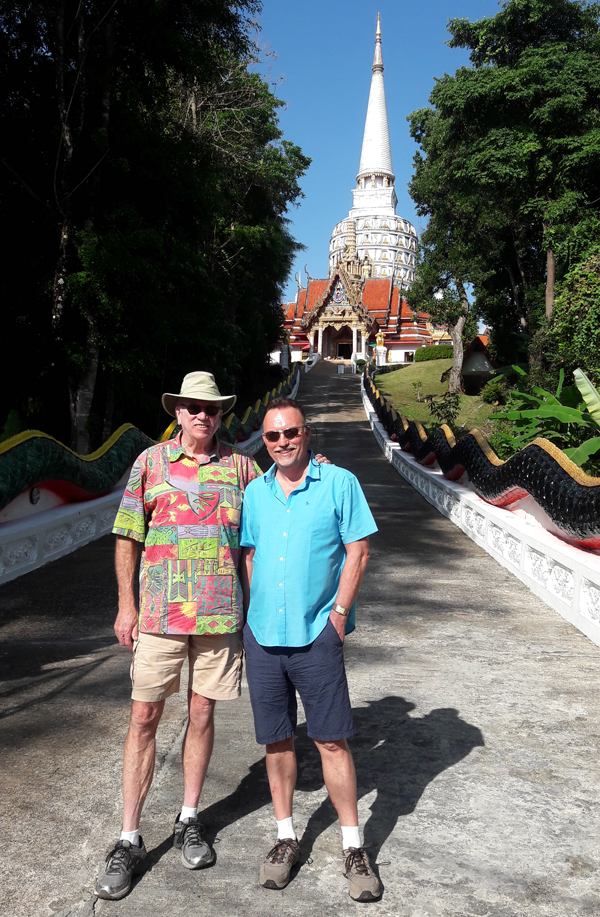 It’s turning into somewhat of a common story; a couple escapes the big city life (such as San Antonio or San Francisco or Chicago) for the lure of culture and scenery in Santa Fe, NM. It’s a commonality that almost all of us share. Sure, some of us came from smaller towns or cities but it’s the driving force that brought us here and what has kept us here. Santa Fe is a magical place. That magic is why so many artists, writers and everyday people call this area home.

Larry Wilkes and Tom Jones have recently made their own journey to Santa Fe. They moved here from Northern California so they can enjoy the retirement they have been working towards for so many years. The hit TV show, Breaking Bad and the acclaimed San Francisco writer Armistead Maupin helped spark their interest in New Mexico but ultimately it was their own discovery that lead them from the big city to Santa Fe, NM.

What led you guys to Santa Fe?

We lived Northern California for a long time. Larry was born and raised in far Northern California and I’m originally from the east coast. I was part owner of a consulting firm in Santa Rosa, CA and part of my ownership agreement was that I needed to give a two year notice of intent to retire so as it got close we started looking around and decided on a whim to come to Santa Fe and see what all the buzz was about. We came down in October a couple years ago and stayed in a rental casita by the Plaza. We really liked it. We went back to California and thought it could be a real possibility so we came back in January to see what it was like [to live here]. Between October and January, we did research on gay Santa Fe Realtors and looked at the background of several and decided that Mark Banham was the guy we wanted to work with. We reached out to him and agreed that when we would come in January he would show us some properties. So we worked with him to develop a list of properties to see. We came in January, looked at a lot of properties and ultimately found one that met our retirement plan perfectly. It was a property that was a model home in the division where we now live. The builder wanted to sell it but only if he could lease it back for two years so he could keep using it as a model so this fit perfectly.

What was it about Santa Fe that made you decide to leave the Bay Area for a smaller city?

Well there were actually two things that got us interested in moving down here. One, we loved the Breaking Bad series on AMC and became really captivated by the scenery of New Mexico.

Then when we heard that Armistead Maupin and his husband had decide to move from San Francisco to Santa Fe we thought, wow, that’s pretty amazing. He is a San Francisco resident of many years and wrote the acclaimed “Tale of the City” series. We figured there must be something to this place if he’s willing to move here.

That’s interesting because we’ve heard this before about Breaking Bad. The story is really dark and gritty but people watch the show and see how beautiful New Mexico is.

So once you got here what was it that you enjoy about Santa Fe that the Bay Area doesn’t offer. Was it the culture, the food, the events.

I think it was all of those. The scenery around town is spectacular. We like the location of Santa Fe being at the Northern end of the high desert. If you go north just a few minutes you are in the mountains. If you go south you are in the desert. We like that aspect of the city and we like that it has such a small town feel to it. I was certainly ready for that after 35 years in California with all the traffic and ubernation. Another pleasant surprise is that the availability of medical care in Santa Fe, in terms of the facilities, providers, and excellent access to care, is at least as good as it was in Northern California, and where we chose to live, almost everything we need medically is within walking distance.

How was the buying process for you? You mentioned having a special circumstance with the model home.

It actually went pretty well. We have bought and sold property in California on a number of occasions. This was a little complicated because there was the two year leaseback provision, which was further complicated by doing a 1031 exchange because we were going to sell a rental property in California. We needed to sell that before we could purchase the home here. We were able to sell the rental property to the long term tenant that had been living there which went smoothly.

Sounds like you have worked with a number of real estate brokers before. What was it about Mark that stood out to you?

We wanted to see if we could work with a qualifying gay broker in Santa Fe. We have never worked with any other service provider down here and we thought, why not work with someone who is gay if we can. We were really impressed with not only his background in real estate but how involved he is in the gay community in Santa Fe and his GaySantaFe.com website. There is a diverse gay community here and one of the reasons we selected Mark as our agent was because he is very generous with his time and resources in getting us introduced to the community. Now he has become a good friend since the time we purchased the house.