Blue Rooster Santa Fe, NM: Community Bar, Where You Can Be Who You Are 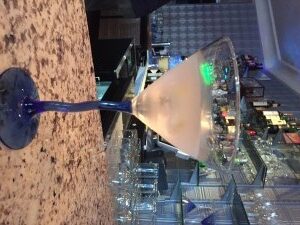 Being who you are can be as frighting as it is liberating. Having a safe environment can help relax the tension and anxiety that comes with letting down your guard and embracing your individuality. Creating such an environment is something Mark England and Doug Nava have done with the Blue Rooster in Santa Fe, NM.

“We are the community bar, where you can be who you are. We would never judge.” Said co-owner of the Blue Rooster Mark England.

Mark and Doug opened the Blue Rooster in October of 2014 with the premise of creating a place that is safe for anyone to be who they are. A place that would represent Santa Fe’s open community. It’s a premise that is a reflection of Mark’s personal journey. One that lead him from being a married man from Georgia in the oil business to an open and happy bar owner in Santa Fe.

“I was closeted before I moved here. It was the community that embraced me. [Before] I lived a very private life. What made me feel so good was that the entire community embraced me, not just a group of people.” Mark said reflecting on his move to Santa Fe.

The gay community in Santa Fe may have embraced and inspired Mark to be the individual he kept closeted for many years but it’s Mark and Doug who are reshaping that same community.

“We embrace everyone that comes through that door, Gays, straights, lesbians and transgenders. We want to reach every single person in Santa Fe.” Mark said. “ We introduce ourselves to every new person that comes into the bar.”

If  having something for everyone is what Mark is after, then they are certainly accomplishing that. The Blue Rooster hosts a number of creative events including, 80’s prom, Gentlemen’s Happy Hour, and a number of bands of all genres of music. The Blue Rooster’s popularity has sky rocketed in just a few months. The bar is easily considered the epicenter for the gay community.

“We have people from all over that wish they had a bar like ours in their city.”

Mark and Doug have created an open and judgement free environment at the Blue Rooster. If being accepted as the individual you are is what you are after, then the Blue Rooster is the establishment you seek. It’s the perfect match for Santa Fe’s open community.

Get the best of La–féminité straight to your inbox